Homophobia exists in the Indian subcontinent in a widespread and deep rooted manner. This homophobia manifests itself in horrible ways, like hate speech, lack of acceptance, hostility and many others. However, one of the worst and most brutal consequences of this homophobia – corrective rapes.

Before talking about them in detail, it is important to realize that ‘corrective rapes’ isn’t the correct terminology. The United Nations UNAIDS 2015 Terminology Guidelines suggests that the term corrective rape should no longer be used, as it gives off the perception that something needs to be fixed. The guidelines propose that the term homophobic rape should be used instead.

Homophobic rape implies people from non-hetero sexualities being raped, i.e. being forced to have sex with someone from the opposite sex in order to “cure” them of their sexuality. In the Indian context, the rapist is, most usually, from the survivor’s own family, which is why most of these rapes go unreported, because survivors do not want to talk about their family members turning into rapists, and instead just want to delete these incidents from their memory. Sometimes it’s their fathers, uncles, brother turning into rapists, and sometimes, as shown in Deepthi Tadanki’s Satyawati, it’s their mothers.

The term corrective rape was coined in South Africa after well-known cases of corrective rapes of lesbians like Eudy Simelane and Zoliswa Nkonyana became public. On 28 April 2008, Banyana Banyana midfielder Eudy Simelane was found in a ditch in the outskirts of her home township KwaThema, Gauteng. She had been raped, robbed and murdered. Her rape was a reaction to her sexual orientation as Simelane was an out lesbian woman.

Simelane had had a successful soccer career and used her celebrity status as part of her LGBTI activism. She was out in her community and while reactions to her homosexuality were mixed, KwaThemba did have a known and celebrated LGBTI friendly sub-culture. This made Simelane’s abduction, rape and murder all the more alarming. The violence against her was particularly brutal as she had been gang-raped and then stabbed over 25 times.

Because there is so much stigma around the LGBTQIA+ community in India and it isn’t talked about much, the issues faced by the community don’t make their way into popular discourse either. According to statistics from the Crisis Intervention Team of LGBT Collective in Telangana, India, there have been 15 reported instances of homophobic rape that have been reported in the last 5 years. In general, there has been a 902 percent increase in reported rapes in India from 1971 to 2012; however, it is estimated that 90% of sex crimes in the country go unreported.

There will be no change in the problems the community is facing unless we start to talk about it. Not the way we’re talking about it right now, in privileged bubbles in urban spaces, but go down to the lowest level, talk to the lowest common denominator in the society. Until they understand, until they accept and support us, our struggle will never be over. With elections coming up, it becomes our responsibility to make the politicians aware about our problems and not let them put our issues on the backburner. 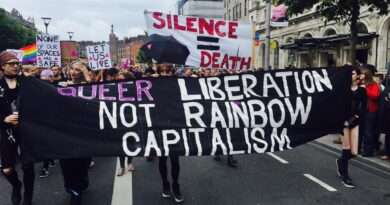 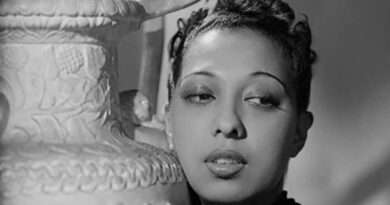 Josephine Baker – The Siren of the Jazz Age