The Supreme Court scrapped the colonial era-ban on gay sex on 6th September 2018. This rainbow moment in the history of Indian judiciary sparked celebrations all around the country by the queer community. This marks the end of an era of, where this law will no longer be available for use or abuse, to foster an atmosphere of human rights violations and discrimination millions have faced just because they don’t identify with the set norms of Society.
This ruling of the court not only impacted India but also had many transnational effects. Many common law countries have started to critically consider the lawfulness and justice of such provisions which criminalizes consensual sexual relations. In other words, IT started a revolution when India entered the list of proud nations that recognizes true freedom of gender identity and expressions making almost 75% of the world population accessible to liberal gender rights.
Even as our immediate reaction to this ruling was a sigh of relief and joy, this decision is only a beginning of a long walk for freedom and rights. LGBTQI members continue to suffer from disgust, blackmailing and intimidation by the people and the police. 160 years of criminalization and subjugation has created deep roots of inequality for the queer community in the Indian Society.

Suppressed for a long time the queers are struggling for their rightful shares in all spheres of life. Not only in employment, but in education and services and all other spaces, both in the public and, especially, the private sector, for which there is no law at the moment. That journey will shape new lives for all citizens. Seconding this there are still no laws for marriage registration, adoption and maintenance rights and family insurance policies for same-sex partners.
LGBTQIA members are still prohibited from donating blood according to the guidelines laid by the Indian Blood Bank. Talking about gay sex and transgender rights is still considered a taboo in the majority of Indian Households. The rigid Indian mindsets are yet to be made comfortable about the topic of gender identities.
I, personally being an activist for gender rights have been attacked by allegations, discrimination, and hatred because of the sexuality I identify with. My peers at college and generally the people around me can’t digest the fact that I actually like the same sex. From harsh remarks of being a man hater to be considered as belonging to some different species, I have suffered because of my identity in all spheres of my life. It is traumatizing to think that millions of people around us have to go through this trauma every single day simply because of things that they really are. This is leading to a higher percentage of mental trauma and mental illnesses like clinical depression and anxiety disorders among the members of the LGBTQIA community. There are many organizations working towards relief for the members and spreading awareness among the general population but there are not enough of them on larger scales. These organizations have to face discrimination and legal issues on an altogether different level.
These examples lead us to the conclusion that the decriminalization of 377 is just a baby step in the journey of equality and freedom for the LGBTQIA community. This journey will shape whole new and liberal lives for all the citizens where we are identified by our abilities and not by our sexual choices. 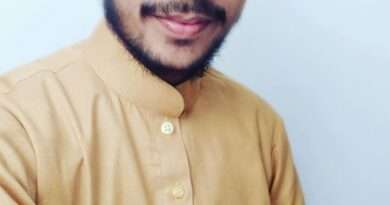