“I am not an idea. I am not a symbol. I am not a prop. I am a person. And if you really cared about us, you would listen to what we had to say.”

Writer, performer, designer, poet, advocate, Alok Vaid-Menon holds many labels and identities. They do not try to confine to just one identity and believe that no one else should either.

Growing up in a sleepy, predominately white Texas town to parents who immigrated from India, Vaid-Menon struggled with presenting their true self. You can go through numerous interviews and writings and learn about the erasure and hostility they endured, growing up as a South Asian, gender non-conforming transfeminine person. The racism from white communities and gender & sexuality policing from Indian communities, made them turn to art as a comfort. Art gave them, as it does to a lot of us a way to express themselves, safely.

Vaid-Menon says that their art is as much as a survival strategy as it is for self-expression. They believe that art is in a unique position to give us an emotional and intellectual framework to hold messiness and political movements need to learn that.

Having designed three fashion collections in collaboration with Adrienne Keishing, Vaid-Menon hesitates to call them “gender-neutral” as all fashion should already be that. Contrary to popular Western “gender-neutral” fashion, which is usually just shapeless, colourless masculine garments, Vaid-Menon plays around with silhouettes, colours and prints that are considered traditionally “feminine”. Their latest one, NATURAL BODIES, is an aesthetic argument that queers get to define what is natural to us rather than the other way around. Each style is named after words used to police the trans community like “Anatomical” or “Legitimate”.  Silhouettes, textiles, embroideries, cultures and ideas blur together creating an eclectic beam of comfort, personality and boldness. Influences from their South Asian heritage are vividly visualized in this nine-ensemble collection.

“Fashion should proliferate possibility, not constrain it,” Vaid-Menon says. They very inspiringly advocate for the complete degendering of the fashion and beauty industries. They accurately argue about the praise the trans community receives for their bravery but are not even acknowledged when it comes to their contributions to the fashion industry. Gender neutrality in fashion does not begin and end at drab, shapeless forms. Every fathomable silhouette, colour, print, pattern is gender neutral. Confining some of these to particular genders limits creativity, personality and voices.

Gendering terms in fashion such as menswear, womenswear etc. need to be done away with. Amplifying the trans and envy voices in the fashion industry and overall diversifying the industry with voices of varying races, sizes, abilities, sexualities and identities are the first steps to take to achieve true, comforting and beautiful gender-neutral fashion.

“Beauty is no longer in the eyes of the beholder. Beauty is about looking like yourself,” they say and we should try our best to go by those words. 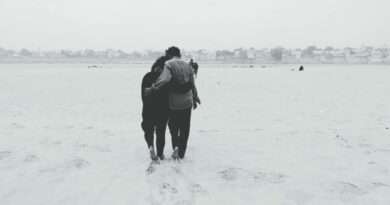