The Queer Portrayal In Riverdale Is Good Or Is It Just Harmful? – AIQA
Skip to content
Blog
March 11, 2021January 18, 2022 Ishika Paruthi 0 Comments

Riverdale, the CW series based on Archie comics has gained a huge queer following, all thanks to its amazing plotlines, attractive cast, copious drama, and most importantly, how accepting it is of the queer community.

Before we dive right into it, here is an introduction to every LGBTQ character Riverdale has.

Kevin Keller, son of Riverdale Sheriff is a boy-next-door who appears as the first openly gay character of the series. He should never be taken as the token representation of queerness in the show though.

He is introduced when he is making out with Kevin in the woods and they stumble upon Jason Blossom’s dead body. That is how the season kicked off its season full of mystery! Moose was a closeted person dating a girl named Midge (before she was brutally killed in the season 2 finale)

A southside serpent, he was Kevin’s initial love interest, had to flee Riverdale because of the involvement with the Jason Blossom murder, kissed Archie, and then stabbed him.

One of TV’s most prominent bisexual females, Toni is a southside serpent and Cheryl’s girlfriend. #Choni provides us with great relationship content for a loving and supportive queer love story. There might be a change in their equation now but they are just meant to be together!

Initially, the high school means girl, Cheryl Blossom is the ‘it’ gay person in Riverdale, she has endured a lot of trauma but found comfort in Toni despite all that. Toni was the one who brought Cheryl on terms with her sexuality and provided her with love and support when she needed it the most.

Riverdale became of the most loved series but the queer community was not very happy with the queerbaiting that just kept going on and on. it does have a talented cast and addictive plotlines but it is just not perfect. The makers oversexualized its teen characters and could have easily given its women of color more screen but they didn’t. Queerbaiting basically means “a media work’s attempt to lure an LGBT fanbase with either false hints of representation or stereotyped, non-essential LGBT characters.” If you remember Joaquin and Archie’s kiss from the colder seasons you would have thought if Archie was queer all along or not. Well, he was not and this was just to lure fans into a false storyline to include a queer representation.

And the worst thing was this wasn’t the first time they did this. There was a trailer that shows Betty and Veronica kissing but instead of a queer moment, it was a way to get Cheryl’s attention. To be honest, Riverdale has many amazing queer characters who could have become central characters in certain plotlines but the makes just focused on the 4 friends (Archie, Betty, Veronica, and Jughead). Cheryl and Toni are one of the most loved couples but they get very little attention as compared to the 2 main pairs.

Riverdale is a progressive show indeed and features some amazing and diverse queer characters that make the show more relevant to its audience. However, I would love it if the queer storylines could be improved upon a bit and be made a little deeper. I can’t criticize it because the maker himself is gay and he wrote some excellent representations in the Riverdale spinoff – The Chilling Adventures of Sabrina; with Ambrose – the pansexual warlock, Theo – a transgender character played by a non – binary actor, and many others and I am just waiting for the same sensitive and inclusive writing to make its way towards Riverdale.

When CW announced that they will bring back Archie comics as a Netflix series adaptation, everyone’s hope just went through the roof. Once you start watching and get addicted to it, all’s well but if you see closely, and you look beyond the smokescreen of the show’s eerie, murder–mystery core, you will find out a lot of cracks in every nook and cranny. In the comics over 75-year history, they introduced Kevin Keller in 2010 as the first openly gay character of the series. He even got a spin–off show the following year! But, did the series do justice to his character?

Riverdale might be a highly popular show with confusing messages every now and then but as soon as the cracks start to appear, it sends a very clear message; there is only room to explore each and every facet of queerness that is there within the teen drama! I am very much thankful that Kevin has been represented well and that there is one queer representation in the show, but I never do take him to be the token representation within a stellar cast that has a lot of potentials to be much more diverse than it is allowing itself to be!

Riverdale, as a show and more importantly, as a cult show, has many more opportunities to take the gauntlet that Archie just throws down and just explore teen sexuality in such a way that has never been done before on a primetime television series; we are yet to see something else similar to what Riverdale does.

When it comes to shows which target the youth, equal and inclusive representation is very important, especially in the times that we are living in today! Representation matters. it matters because it helps normalize the minorities and the queer community gets a voice and a platform and representation are not just about having a diverse cast, rather it is about giving them the spotlight and interesting character arcs. 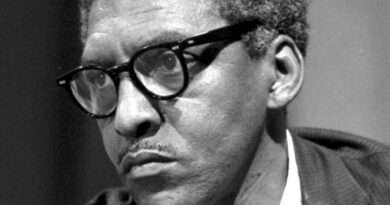 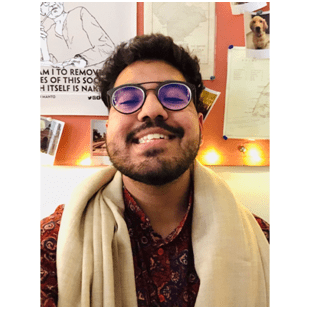