Un Mujer Fantastico represents a poignant and beautiful portrayal of the protagonist’s heartbreaking and difficult ordeal of losing her partner abruptly while she navigates transphobia and brutal harassment in the midst of this personal tragedy.

The death of Marina Vidal’s partner happens quite early on in the movie, and while the movie shows how she embraces this personal tragedy, we also see her tackle multiple microaggressions.

The movie starts, wherein Orlando plans a trip for Marina`s birthday, a journey that never happens.

Music and background titles have been selected judiciously, with Marina singing a popular Hector Lavoe Salsa tune “your love is like yesterday`s newspaper”  paradoxically while Orlando celebrates or rather plans to celebrate Marina`s birthday in the backdrop of Iguazu falls, in timelessness. We see a similar paradoxical use of music, when Marina goes to return Orlando`s car after untimely death to Orlando`s ex-wife, listening to Aretha Franklin`s “you make me feel like a natural woman”

There are several moments in the film where the utter helplessness and wretched transphobia with the harassment Marina faces while she mourns her partner`s death becomes unbearable. The allusions to the bigger discrimination that trans people face day in and day out becomes apparent and this kindness and empathy coupled with the cinematography that evokes the melancholic chords of anyone who watches the film is what makes it so unique.

Marina gets physically harassed by Orlando`s son and his hooligan friends while she determinedly attends Orlando`s wake, in which she is made to feel unwelcome, but her mouth and limbs being taped and her being bodily thrown off across the street becomes a strong reference to her freedom of assertion being gagged. This does not deter her iron-clad resolve to fight against these inhuman acts which repeatedly traumatize her and those weak men who feel threatened by her very presence.

Her struggle to reclaim her dog, the only living reminder of her partner`s affections is so agonizing to every viewer, and I feel that everyone watching it could feel her vindication when she gets her small victories.

This movie ends with her operatic performance, her being respectfully welcomed in an audience transfixed by the charismatic performance and leaves us wanting to know more about the star that Marina will be known as. The way in which the movie tackles deadnaming (addressing a trans person by their names assigned at birth), misgendering (using the birth gender of a trans person and disrespecting their gender identity) brings value to the film. At this outset, we should remember that several movies made in the recent past, still caricature trans portrayal and make the movies an utter disgrace and take us eons back. This becomes more important in countries like India, where the reference point of an Indian teenager, struggling with gender dysphoria, would be such poor caricatures. Hence, movies like Un Mujer Fantastico, show us the way forward.

The movie briefly touches upon work relationships as Marina`s employer tries to protect her when a police officer walks in unannounced for questioning at her workplace. The dqxmovie also presents a stark contrast to this scenario, with the ex-wife enjoying an immensely opulent workplace. Trans youth and adults still suffer from unemployment in India and in developed nations and do not get basic healthcare needs. Hence bringing this workplace dynamic makes it more reasonable.

The movie becomes a lesson in realism. As audiences, we try to interpret if Fantastic refers to both fantasy and reality merging as one, with the constant battles Marina is subjected to? Or is Fantastic, something that is grander than life, as we look transfixed into Marina`s love. Chilean LBGTQ activists used this film’s Oscar to bring forward local discussions on a gender identity bill, which subsequently got approved and led to laws for transgender citizens to change their official details in late 2018.

Daniela Vega’s acting, a firm screenplay that constantly lets Marina assert her presence in a stubbornly patriarchal society and dialogues are the key integral elements to what makes this movie a brilliant watch.

Raju Behera is currently our National President, an activist from Southern Part of India and from the field of medicine. 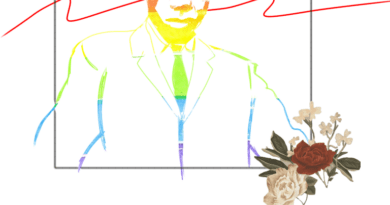