•Jane Fonda as Grace Hanson, a martini-drinking entrepreneur always has a clever comment or (more often than not) insult to throw your way.

•Lily Tomlin as Frances “Frankie” Bergstein, a freewheeling deadwheel who “rides her own wave” and often finds herself in hilarious situations that Grace has to rescue her from. Creative and spiritual, Frankie cares very deeply about her loved ones and would do anything to protect them.

•Sam Waterston as Sol Bergstein, a gentle ex-divorce lawyer turned activist for gay rights. Sol was married to Frankie for 40 years but for half of his marriage he was in love with another man, Robert, and eventually the two couldn’t hide it any longer.

•Martin Sheen as Robert Hanson, a successful divorce lawyer who threw himself into theatre following retirement. He was married to Grace for 40 years and the couple had two daughters, Brianna & Mallory. However, Robert soon began to fall for another man, Sol, and the feeling was mutual.

Grace and Frankie demonstrate and point out that shows need not to be about young people to feel relevant, hilarious and the storyline is enough to give the adrenaline rush. Robert and Sol announce that they are in love with each other and are going to leave their wives, also they were having a secret affair since twenty years.

Blindsided by their husband’s admission, the two scorned women move into a shared Malibu beach house and struggle to navigate their lives as newly single women in their 70s.They also, of course, have to reconcile themselves with the fact that their husbands were carrying on a secret affair for 20 years and now want to at last be together, out in the open, so they can finally be happy. Their happiness comes at the expense of their wives and the series does an interesting job of juggling that painful reality—we’re rooting for the guys to live their best lives, but also acutely feel Grace and Frankie’s jiltedness.

Season two of “Grace and Frankie” took a turn from its first season of dramatic comedy to a drama with comedic moments, as the show put more focus to the struggles of Robert and Sol’s new life together as gay men. In the midst of infidelity, failed relationships, death, marriage and reconciliation, Robert and Sol grow and develop in their relationship and gay identities, while the formerly clashing Grace and Frankie develop a strong bond of friendship with one another.

It is in season three of “Grace and Frankie,” unlike season two, that the conflicts Robert and Sol face in their relationship are easily fixed. Additionally, Robert and Sol do not emerge as the primary source of gay tension throughout the season. Calling himself the “new Sol,” Frankie’s former husband and Robert’s current husband decides he’s not going to live his life for others anymore. While it’s true Sol has always been overly generous with his time and attention to friends and family, the onscreen shift is slight. He doesn’t cook dinner as much. He falls in love with dogs (purchasing a crazy cute Jack Russell puppy). He fights with Robert about what’s expected of him, without defining a new set of expectations.

What’s pretty clear and worrisome is that the “new Sol” may not be Robert’s ideal partner. Just as many couples struggle to adapt when one member changes independently, Robert and Sol enter an adjustment period. And while Robert expects dinner and extra attention from Sol, most of Sol’s issues with Robert are about keeping him alive. He gets mad when he drinks or eats a cheeseburger. He’s upset when Robert buys too many donuts or doesn’t get enough exercise. Sol is totally focused on keeping Robert alive, while Robert just wants to live while he’s still here.

Writers of the show, perhaps backpedaling at the realization that they had created a perfectly nuanced depiction of two women slowly falling in love, establish conflict through the forced heterosexual relationship of Frankie and Jacob.

While Grace and Frankie’s idiosyncrasies can get tiresome sometimes, the show does a good job of dismantling the stereotype of old people only being wise or boring. People are always growing in different ways, and Grace and Frankie are no different.

On the other hand, the same ex-husbands of Grace and Frankie, Sol and Robert, give us a great lesson: it’s never too late to have the life you want. Sol and Robert spent many years having a clandestine relationship but they finally understood the importance to tell the truth and live their love story freely

The series proves that age is just a number. 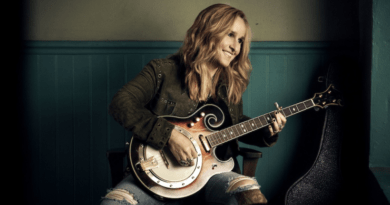 “What do they know about this love anyway?”