– Come to My Window, Melissa Etheridge

Melissa Etheridge is a Grammy and Academy Award-winning American rock singer-songwriter and musician. She came out at the 1993 Triangle Ball, the Clinton administration’s inaugural gala for gays and lesbians, when she exclaimed, “Gee, I’m really excited to be here, and I’m really proud to have been a lesbian all my life!”

She was born in Leavenworth, Kansas, and studied at The Berklee School of Music in Boston. Etheridge moved to Los Angeles and evolved from a bluesy sound to her renowned rock/alternative style.

Her self-titled debut album Melissa Etheridge was released in 1988 and became an underground success. The album peaked at No. 22 on the Billboard 200, and its lead single, “Bring Me Some Water“, garnered Etheridge her first Grammy Award nomination for Best Rock Vocal Performance, Female. In 1993, Etheridge won her first Grammy award for her single “Ain’t It Heavy” from her third album, Never Enough. Later that year, she released what would become her mainstream breakthrough album, Yes I Am. Etheridge shot to stardom with her trademark blues-rock hit “Come to My Window,” for which she received a Grammy Award in 1994 for Best Female Rock Vocal Performance. With its powerful lyrics, the song became an anthem for gay rights.

In 2000, Cypher began to reconsider her sexuality and on September 19, 2000, Etheridge and Cypher announced they were separating. In 2001, Etheridge documented her breakup with Cypher and other experiences in her memoir The Truth Is… My Life in Love and Music.

After splitting from Cypher, Etheridge went on to exchange vows in a 2003 commitment ceremony with actress Tammy Lynn Michaels. In April 2006, Etheridge and Michaels announced that Michaels was pregnant with twins via an anonymous sperm donor. Michaels gave birth to a son, Miller Steven, and a daughter, Johnnie Rose, on October 17, 2006.

In 2004, Etheridge was diagnosed with breast cancer. At the 2005 Grammy Awards, she gave one of her most memorable performances with Janis Joplin’s hit, “Piece of My Heart.” She exposed her head, left bald from chemotherapy.

Etheridge’s songs have not only entertained but have helped heal in times of tragedy. Her songbook includes “Scarecrow,” a tribute to Matthew Shepard; “Tuesday Morning,” dedicated to the memory of Mark Bingham, a hero of 9/11; “Four Days,” about those devastated by Hurricane Katrina; and “I Run for Life,” an anthem for breast cancer survivors.

In October 2005, in honor of Breast Cancer Awareness Month, Etheridge appeared on Dateline NBC with Michaels to discuss her struggle with cancer. Etheridge also discussed using medicinal marijuana while she was receiving the chemotherapy. She said that the drug improved her mood and increased her appetite.

In 2006, Etheridge received the Gay and Lesbian Alliance Against Defamation (GLAAD) Stephen F. Kolzak Award, which honors openly lesbian, gay, bisexual, or transgender media professionals who have made a significant difference in promoting equal rights for the community. “I Need to Wake Up,” featured in the film “An Inconvenient Truth,” won an Academy Award for Best Original Song (2007).

The star has more than earned her right to perform on that stage — 27 years ago, Etheridge came out as a lesbian, and has been fighting ever since to end discrimination and intolerance toward the LGBTQ community, through both her music and her political activism.

At WorldPride’s Closing Ceremony in New York City’s Times Square, folk-rock icon Melissa Etheridge delivered an empowering message of hope and love to her community. “We were fierce,” she proclaimed. “And we will always be fierce. We are so fierce, we made it to the center of it all.” 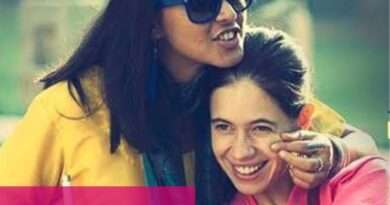 Margarita with a straw: Film Review by Raju Behara 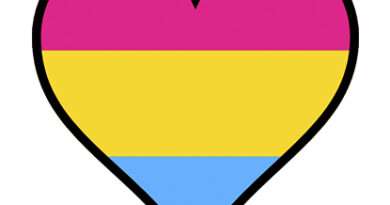