Woolf is considered one of the greatest innovators in the English language. In her works she experimented with stream-of-consciousness, the underlying psychological as well as emotional motives of characters, and the various possibilities of fractured narrative and chronology. Virginia Woolf (born Stephen) (January 25, 1882 – March 28, 1941) was an English novelist and essay writer who is regarded as one of the foremost modernist literary figures of the twentieth century. She’s also considered as the pioneer of the twentieth century feminism. During the interwar period, Woolf was a significant figure in London literary society and a member of the Bloomsbury Group. Her most famous works include the novels Mrs. Dalloway (1925), To the Lighthouse (1927), and Orlando: A Biography (1928), and the book-length essay A Room of One’s Own (1929) with its famous dictum, “a woman must have money and a room of her own if she is to write fiction”.

Virginia Woolf wrote ten novels, in addition to copious essays and short stories, which have secured her a place in the modernist canon afforded few other women writers. Nearly all of Woolf’s novels and many of her short stories have been interpreted from a variety of feminist, lesbian feminist, and queer critical perspectives. Her essay A Room of One’s Own (1929) has become a feminist classic; from that essay, the sentence ‘Chloe liked Olivia’ has become shorthand for lesbianism—a case in point being Lillian Faderman’s 1994 anthology of lesbian literature titled Chloe Plus Olivia. “She was passionately and sexually in love with Vita Sackville-West… ‘Chloe and Olivia’- like the kiss between Clarissa Dalloway and Sally Seton and the entire text of Orlando-was inspired by Woolf’s discovery of lesbian love.” (Zimmerman, 1983). Woolf’s novels—including her first, The Voyage Out (1915); her more famous ones, Mrs. Dalloway (1925) and To the Light-house (1927); and her last two, The Years (1937) and Between the Acts (1941)—have been interpreted in light of their lesbian themes. ‘I’m the only woman in England free to write what I like’, was aptly announced by her as no woman could dare to express herself, the way her iconoclast writings did during the early 20th century.

Virginia Woolf’s 1928 novel Orlando is a masterpiece of modernist queer fiction. Chronicling the life of the titular protagonist, who changes sex from male to female and lives for over 400 years, the novel is both a satire of English historiography and a love letter to Woolf’s partner, friend and muse, Vita Sackville-West. Sackville-West was a writer, gardener, and fellow member of the Bloomsbury Set. She and Woolf were lovers for over ten years. It was this relationship which inspired Orlando, a novel which Sackville-West’s son, Nigel Nicolson, later described as ‘the longest and most charming love letter in literature.’

Although she admitted feeling no physical attraction for him, Virginia Stephen agreed to marry Leonard Woolf in 1912. Many biographers have concluded that the marriage was never fully consummated, and that Woolf’s sexuality was primarily directed towards women. In fact, they had an open marriage, which allowed them to conduct relationships with both men and women of the unconventional, forward-thinking Bloomsbury Set, such affairs had to be conducted behind the veneer of respectable marriage, and the relationships couldn’t be made public.

Other intimate friendships (relationships) included Madge Vaughn (the daughter of J. A. Symonds, and inspiration for the character of Mrs. Dalloway), and Violet Dickinson, composer, and suffragette Ethel Smyth. Woolf and her beloved sister Vanessa Bell were also close friends.

After completion of the first manuscript of her last (posthumously published) novel Between the Acts, Virginia Woolf fell victim to depression similar to previous illness that she had experienced earlier in life. On 28 March 1941, Woolf drowned herself by weighing her pockets with stones and walking into the River Ouse near her home.

Her maverick personality which was pretty “bad-ass” during the early 20th century, has since been inspiring several feminists including me. The boldness of her words and life has portrayed her stouthearted spirit,  paving way for other women writers to follow and get recognition. She has been an incredibly strong queer icon, providing millions courage to love people of the same-sex while ignoring the expectations of our heteronormative society. 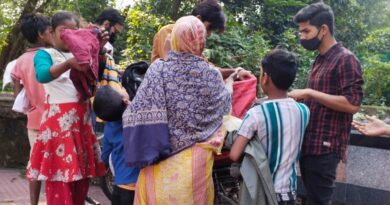