“You are gay, what are you gonna do about it? I am going to Disneyland”

This is how Ellen addressed people on her appearance at the Oprah Winfrey Show.

It is almost impossible to celebrate queer icons without talking about Ellen DeGeneres; after all, she is one of the most influential and the first openly lesbian actress who played the first openly gay lead character on primetime television! This 62-year-old artist started her career as a comedian and became a household name when she starred in Ellen from 1994 to 1998.

“Yep, I’m Gay” printed in bold on TIME magazine on April 14’ 1997 and an appearance on The Oprah Winfrey Show was how she came out to the world. Unlike the previous depictions of gay characters which were sad and tragic, Ellen’s was strong and funny and explored LGBTQ. Although ‘Ellen’ was cancelled after 5 seasons due to backlash about the turn the show took, and Ellen’s career suffered but she changed pop culture ‘forever’ by increasing visibility for gay characters on primetime television. She herself came back in 2003 with her own TV show; The Ellen DeGeneres Show and the success that Ellen found with that is just huge! The show has 18 seasons and counting!

She dons many hats; a talk show host, a cover girl, an actress, a comedian, a spokeswoman for an array of campaigns and most importantly, a role model.

She was also awarded the ‘Presidential Medal of Freedom’ – America’s highest civilian honor by the then President Barack Obama and he reminded everyone why Ellen was such a pioneer: “It’s easy to forget now, when we’ve come so far, where now marriage is equal under the law, just how much courage was required for Ellen to come out on the most public of stages almost 20 years ago. Just how important it was not just for the LGBT community, but for all us to see somebody so full of kindness and light — somebody we liked so much, somebody who could be our neighbour or our colleague or our sister — challenge our own assumptions, remind us that we have more in common than we realize, push our country in the direction of justice. What an incredible burden it was to bear, to risk your career like that. People don’t do that very often.”

This remark from the then president Barack Obama showed that Ellen was not just a TV show host or a comedian but a heroic figure in changing and shaping the attitude of America towards the LGBTQ community!

“Ellen DeGeneres is … almost a litmus test of where we have been as a society,”

She came out of the closet at a time when the scenario of the United States of America and the world was very much different that what it is now. People thought of her as single women who does safe comedy but was unfortunate in finding love and once she came out, her popularity just boosted and went through the roof!

Hers is a name that does not go unrecognized and one of the most loved people in America, and is a role model for such a diverse lot of people and that’s what makes her shine; she dares to be different because it is her differences that make her incredible! Along with this, her bubbly persona and her ability to encourage gay people to just come out and be their true selves is like the icing on the cake! It is just so hard to not be attracted to a person who dances and laughs and makes others laugh with her as well.

She has a thriving career through which she reaches millions and millions across the globe and makes a difference by bringing up sensitive topics but with a dash of her comedic talent makes every topic interesting for people. She is a big believer in ‘being your true self’ and this ‘funny daytime talk show host’ is just so much more thana name and face on television; she is a public figure who speaks and spreads awareness about homosexuality and loving yourself which makes her a very important role model not just for America but for the whole world.

However, it is notable that Ellen has been accused of mistreatment towards her workers and it is necessary to call out community individuals when they mistreat workers and create unsafe workplaces. 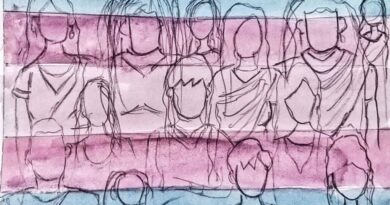 Be Strong, Be Free, Be YOU! 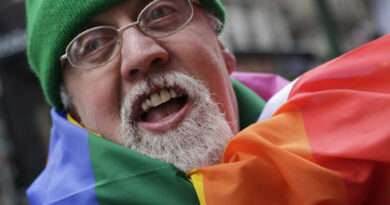