Hamed Sabouri, a 22-year-old gay student was killed on 5 August yet the news broke out a week ago when his former boyfriend spoke to the media about the killing. The student was studying to become a doctor. The video of the murder was forwarded to the family and relatives of Hamed by the Taliban. Taliban is a terrorist group mainly consisting of Muslims and has been attacking women and the LGBTQIA+ community since 2015. It has banned education for women, and working for women, and is arresting anyone that does not fit into its rules. Many people from Afghanistan tried to flee to save their lives.

Nemat Sadat, Roshaniya’s an LGBTQIA+ group in Afghanistan executive director, said to the insider journalist: “Hamed Sabouri was a gay man with big dreams that have now been shattered. “Sadat said Sabouri, who had wanted to be a doctor, had “endured discrimination his whole life for being gay and his life came to an abrupt end with no one there to help him.”

Taliban abducted Hamed Sabouri in August and killed him. Sabouri’s former partner told that Sabouri was been targeted for his sexuality by the Taliban. Hamed’s partner was arrested twice for their sexuality and was sexually assaulted in the prison. His home has been searched to arrest him again and he is on run for his safety. The LGBTQIA+ community is facing the worst human rights violations in Afghanistan since the Taliban has overthrown the government in 2021. The terrorist group believes in the extermination of anyone that does not fit their religious ideals.

Religion: United by homophobia and bigotry

There are countries where the community is criminalized and killed including many Christian and Islamic nations. The homophobia of religious leaders across religions causes more harm to the theist queers that practice any religion but are not accepted. The constant fear lurks for the LGBTQIA+ community’s safety in countries like Afghanistan, Bangladesh, Russia, and even the USA is a human rights issue. The right to life with dignity is a basic human right that gets violated by a large section of our community. The biggest threat to our community remains the bigotry and discrimination that is fuelled by religious extremists. As the community is trying to seek help in Afghanistan, the question arises, how safe is all of us, wherever we are? and who is going to help the community in Afghanistan? Connect us to the groups if you could as we appeal to you, also check on your friends, comrades, and queer people that are facing discrimination everywhere, at work, on social media, in family gatherings, etc. 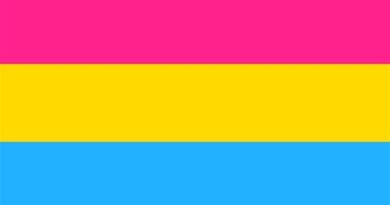 Perception of Pansexuals and Panromantics