Li Tingting is a feminist and women’s rights and LGBTQIA+ activist from China. A rebel since she was a kid, Li has been part of activism and advocacy since her university days, using protests and social media to initiate discussions about issues such as sexual harassment, domestic violence, LGBTQIA+ rights, maternity leaves, access to public spaces for women as well as employment and higher education.

For example, in her second year of university, Li along with three others founded a “Lesbian Community Training Group” to offer support and counselling services to Lesbian women. Li identifies as a lesbian and got married to her partner Xu Ting in 2015. In China, where same-sex marriage is not recognised and there are no laws to protect the rights of LGBTQIA+, a marriage ceremony in itself becomes a political statement about their rights and desire for legalisation of same-sex marriage in China.

Li has also been part of various public demonstrations in China. In 2012, Li walked down the streets of Beijing in a bridal gown smeared with bloodstains to raise awareness about domestic violence in the country. Li was also part of the “Occupy Men’s Room”  demonstration, which were aimed at protesting the huge queues in women’s toilets and demanding more toilets for women. Li was also part of a protest against inequality in education, where they shaved their heads to protest some universities’ practice of lowering admissions standards for boys in order to maintain a gender balance with higher-achieving girls.

Li Tingting is also one of the “Feminist Five” in China, who were arrested on International Women’s Day in 2016 on the charge of planning a protest against sexual harassment in public transport. What the Chinese authorities did with an aim to curb the feminist movement in China ended up adding more fuel to the feminist movement in China, with the demand for their release gaining international attention.

Soon, foreign governments, rights groups, and leaders such as Hillary Clinton were criticizing the arrests, and Li was released 37 days later. After the arrest, Li was put on the Chines media blacklist and the NGO that she worked for was shut down and the government surveillance on her was increased.

Li continues to fight the battles for gender equality, aware of the fact that social movements even on slightly controversial issues can irk the government enough to arrest her. Much of such a fight for justice can seem pointless and unachievable at times. But Li does not let this stop her. “If you fight for something, it shouldn’t be because you think it can be achieved. You should fight for it because it’s right,” she says.

Nikita Pradhan is a recent graduate in Social Work in Criminology and Justice from Tata Institute of Social Sciences, Mumbai. 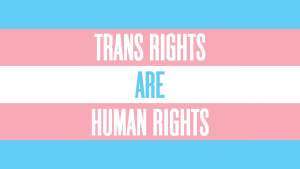 History and Need for Pride