When Gayle Rubin was asked what she identified as by Judith Butler during an interview, she answered, “Categories like “woman,” “butch,” “lesbian,” or “transsexual” are all imperfect, historical, temporary, and arbitrary. We use them, and they use us. We use them to construct meaningful lives, and they mould us into historically specific forms of personhood.” Rubin, who is a cultural anthropologist focusing on feminism, sadomasochism and lesbian studies, had her breakthrough upon publishing “Thinking Sex” in 1982. The book went onto become the founding text of gay and lesbian studies, sexuality studies, and queer theory. Rubin’s efforts to theoretically define the relation between sexuality and gender, sex and gender, as well as her strong belief that sexuality is inextricably associated with politics, political economy, formed the foundation of lesbian and gay studies in the 1980s, which later led to the emergence of the field of sexuality studies.

Raised in a middle-class white Jewish home in segregated South Carolina, Rubin attended racially segregated public schools. In many of her books, she has written that her experiences growing up in the segregated South gave her “an abiding hatred of racism in all its forms and a healthy respect for its tenacity.” Being one of the few Jews in her city, she began to resent the dominance of white Protestants over African-Americans, Catholics, and Jews. In the late 1960s and early 1970s, which saw the resurgence of a feminist movement across the United States, Gayle started her studies at the University of Michigan in 1968, simultaneously becoming part of an early feminist consciousness-raising group on campus. Through this, she started writing on feminist topics for women’s movement papers and the Ann Arbor Argus. In 1970, she co-founded Ann Arbor Radicalesbians, an early lesbian feminist association.

In 1978, Rubin moved to San Francisco to get a headstart on her studies of the gay male leather subculture, wanting to inquire into a minority sexual practice not from the perspective of clinical or individual psychology but as an anthropologist. In June of 1978, Rubin co-founded the first lesbian BDSM group in the United States. Soon after, the group disbanded Rubin founded a new organization, “The Outcasts”. Exploring queer activism and history, Rubin became a prominent sex-positive feminist in the late 1970s and 1980s. Before she knew it, she was delivering papers and lectures at innumerable universities and colleges, most famously the 1982 Barnard Conference on Sexuality in New York City.

Arguing the need for proper historical archives for sexual minorities, Rubin has written that “queer life is full of examples of fabulous explosions that left little or no detectable trace. Those who fail to secure the transmission of their histories are doomed to forget them”. In her most famous essay, “The Traffic in Women: Notes on the ‘Political Economy of Sex”, Rubin devised the phrase “sex/gender system”, defining it as “the set of arrangements by which a society transforms biological sexuality into products of human activity, and in which these transformed sexual needs are satisfied.” In it, she also makes several references to Marxist thought while navigating women’s role within a capitalist society. In her 1984 essay, “Thinking Sex”, Rubin examined the value system that social groups — whether they be left or right-wing, feminist or patriarchal — attribute to sexuality which defines some behaviours as good/natural and others (such as paedophilia) as bad/unnatural. The “Charmed Circle” of sexuality states that sexuality that was privileged by society was inside of it, while all other sexualities were outside of, and in opposition to it. The binaries of this “charmed circle” include couple/alone or in groups, monogamous/promiscuous, same generation/cross-generational, and bodies only/with manufactured objects.

Throughout her life, Rubin has reinstated that spirit of individual scholarship was her main driving force for writing her own work. She started to develop new terminology and frameworks that allowed her to engage with questions of politics, class, urbanization, and history in relation to sexuality. She helped pioneer the use of anthropology for the study of sexual subcultures and more broadly, for the study of people who were criminalized and stigmatized on the basis of sexuality. Deviations, another manifesto that she wrote, offers up articles that shaped the thinking of the modern feminist and LGBT movements while contextualizing the gradual institutionalization and canonization of sexuality studies. In introspecting sexual subcultures and advocating for their survival, Rubin identified with the “pro-sex” camp of the famous feminist sex wars of the 1980s. Few feminists, worried that an over-sexualization of American culture, including through pornography, would contribute to the subordination of women by objectifying them and treating them as pawns for the pleasure of men. Rubin, who had a different opinion on it, argued that sex needed to be freed of censure, including feminist censure.
The influence of Gayle Rubin’s essay “Thinking Sex” reflects her success in taking the insights of experimental studies of sexuality, particularly historically informed ethnography, and observing their intellectual and political implications.. Part of what Rubin has given social scientists is a framework on how to link discourse and representation to the domain of practice, as it exists within the world of erotic communities that are marked by their own rituals, politics, institutions, and spatial configurations. Now a professor at the University of Michigan, where she teaches gender and sexuality studies, anthropology, and comparative literature, Rubin’s work continues to be recognized by prizes from the Association for Queer Anthropology, as well as her appointment as the F. O. Matthiessen Visiting Assistant Professor in Gender and Sexuality at Harvard University. 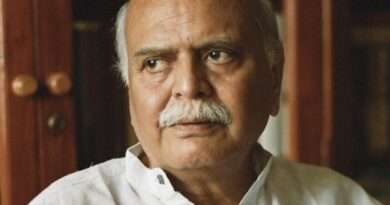