We all know and talk about the Stonewall Riots. But do you know the significant impact it had and will have on the queer liberalization movements yet to come? Let’s see the importance and impact of Stonewall Riots on the LGBTQIA+ community.

What led to Stonewall?

Before and in the 1960s, the people of the community faced a lot of discrimination everywhere. There were a few organizations like The Society for Human Rights and The Daughters of Bilitis formed for the people of the community and to fight against the injustice but they couldn’t last because of constant police raids and interruptions. The organizations shut down but the raids didn’t.

But 3 years before Stonewall, in 1966 when the LGBTQIA+ people were allowed to serve alcohol at bars, etc., members of one of the organizations dedicated towards the community, named The Mattachine Society, organized something named as a “sip-in” where they went and openly declared their sexualities at taverns and sued establishments who refused to serve them. The police raids after the judgment were temporarily reduced but not stopped since intimate acts for homosexuals were still illegal.

On June 24th, 1969, the police raided Stonewall Inn and confiscated illegal liquor and arrested a few employees on the basis of operating without a proper liquor license. The NYPD then planned another raid on the following Friday hoping that it would shut down the bar but not knowing that it will actually spark a revolution which will become one of the most important queer liberalization movement for the whole world.

What happened at the day of Stonewall?

On June 27-28, 1969, the police came to raid the bar again. Eight police officers in civil clothing went to the bars and started to arrest people. Along with bar employees, they also arrested people who were doing drag, crossed dressed, etc. since cross dressing wasn’t legal then and manhandled people.

More police started to join in with more crowd gathering outside the Inn and they started to put people in cuffs and putting them in cars. The people started to get agitated by this constant harassment, after which there was resistance for arrest and onlooking people started to throw pennies and liquor bottles at the officers among other things. Transgender women of color, our very own, Marsha P. Johnson and Sylvia Rivera, are said to have resisted arrest and thrown the first bottle/brick/stone at the cops.

The mob grew bigger with time and then the police had to retreat inside the Inn itself at around 4 in the morning. The mob also attempted to set the Inn on fire after police went inside. After things settled down, the mob dispersed.

The Inn opened up the next night and supporters gathered up in solidarity with the community members. But the police came and beat up officers and tear gassed them in order to “restore order.”

This didn’t stop the people though and this gathering went on for several nights in which several activists joined to show solidarity and to spread information the people.

Stonewall proved to be an important event for the queer community which led to several other gay rights movements and organizations like Gay Liberation Front, GLAAD & PFLAG, etc.

Thousands of people also marched the streets of Manhattan, starting from the Stonewall Inn until the Central Park, one year after Stonewall Riots. It was called “Christopher Street Liberation Day,” and it came to be America’s and the world’s first Pride Parade.

Then Stonewall and the surrounding areas were designated as national monuments in 2016 for their contribution to the gay rights movements.

Gay rights activists and organizations still take a lot of inspiration from Stonewall Riots and the people of Stonewall, especially Marsha P. Johnson, the Trans woman of color who threw the first brick that night. 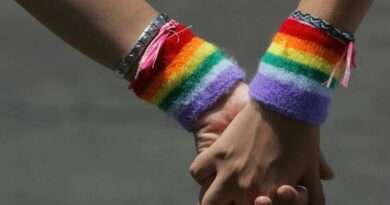